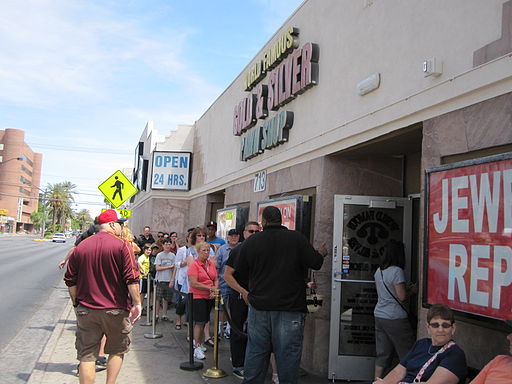 The Houston Police Department reported over 26,600 burglaries in 2012. That’s about 73 burglaries each day. And that’s a lot of dollars taken out of Houston’s homes and businesses.

There’s no doubt about it, burglary is booming in H-town. Burglary is what a thief does for a living. For the thief, it’s the same thing as going to office for 8 hours a day. It’s how he or she pays the bills and supports the family.

Most of us would like nothing better to get our valuables back and see the burglar behind bars. Did you know that only a small percentage of burglars are actually caught in Houston? An even smaller percentage of stolen goods actually find the way back to their rightful owners.

You would think that with the police, your family, and friends on the lookout for your stolen belongings, a larger percentage of high ticket items taken in robberies would be recovered. With all the identification needed to sell something, you would think that burglars would have a hard time selling their ill-gotten gains.

The fact is that robbery has plenty of incentives for a lot of people. There are consumers more than willing to buy stolen goods at reduced prices. There are literally thousands of middlemen buyers who have no qualms making their money off stolen goods. And then, of course, there are the thieves themselves.

So just how are thieves able to turn stolen valuables into cash? There are a few ways, even with the stricter identification requirements, and your chances for recovering your items are slim.

You might as well forget about looking for your jewelry, tools, electronics, or other smaller valuable items in Houston-area pawn shops. Most pawn shops now require IDs when they buy things. And even with easily available fake IDs, many pawn shop owners will recognize the frequent flyers and alert HPD.

Many burglars now have connections with the pawn shop owners outside Houston. So you might find your valuables in San Antonio, Corpus Christi, Dallas, or Austin where HPD is not on the look-out. Thieves know that by selling your possessions all over the state where they are less well-known, their fake IDs will most likely pass the muster.

If the thief can’t easily get to a pawn shop (maybe he broke his leg while making his escape), the crook will take to the internet. Craigslist, EBay, and even Amazon are the most likely places, although there are other bidding sites used. The thief doesn’t have to provide an ID, just list the item he wants to sell. And there’s always plenty of willing buyers who will think that the crook has legitimate title to YOUR property.

You Won’t Find Your Valuables On A Fence

Fences are middlemen who knowingly buy stolen goods to resell at a higher price later. The fence usually gives the burglar a long list of things he’s looking for resale purposes. Generally the fence already has the buyer lined up. The thief goes out and gets items out of your home. Easy money for the thief, and easy money for the fence.

Now that you know Houston’s burglary statistics, how the thief makes his money from your valuables, the small chance you will get your possessions back, and the unlikelihood that the burglar will be apprehended, shouldn’t you really have a good home security system if you’re living in Houston?